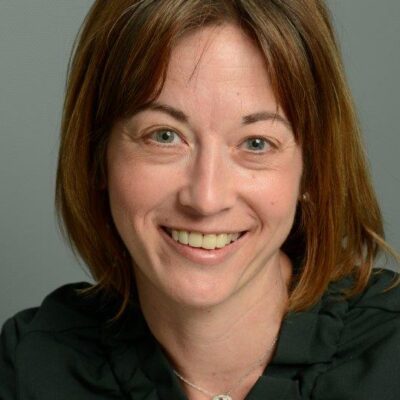 Global Head of Business Risk, Capital Markets at HSBC
“Don’t dismiss the skills that you have picked up on your career break as these are transferable and valuable.”

Amy Barklam’s career path is varied and her CV strong which is typical of many of the people we meet at The Return Hub. Amy is energetic, creative and inquisitive and it was this curiosity that first brought her to us.

Amy had enjoyed a long tenure as an investment banker at Morgan Stanley, spanning both New York and London. Whilst living in London, she left the bank just before having her first child and over the next several years kept herself very busy studying for an MA in International Studies and Diplomacy, project managing the renovation of her house, looking after her growing family, working as a non-executive director on boards whilst also working in social enterprise, real estate and as a private intelligence consultant.

Over this time, she also became interested in recruitment for those candidates that wish to make lateral career moves or ‘sideways’ moves. She recognised the importance, and sometimes the frustration, of people wishing to add variety and depth to their experience and CV while at the same time continuing to climb the career ladder. She contacted Dominie Moss, founder of The Return Hub, to explore the idea further and the result was Amy submitting her own CV.

Compliance was an area that Amy knew relatively little about, but she joined the Compliance department at HSBC via The Return Hub placement. The Role required someone with banking experience to join the team who understood the products and could help build relationships between Compliance and the investment bankers.

“I had a really, really good experience with The Return Hub. Dominie had conversations with my prospective manager and helped me when negotiating my contract. We’re still very much in touch today.”

In her new global position, Amy relishes working with bankers but in a different capacity to her previous roles. She is able to help her Compliance colleagues understand the challenges that the bankers face and vice versa. She enjoys the holistic view that a global role affords her and the client relationship building, which in this position is internal rather than external in nature, but still vitally important.

Thanks to her varied career and career break, Amy believes she came to her new role equipped with many transferable skills: she has not only brought her ability to build global connectivity and her business and finance skills to the role, but she also knows that she is adept at time management after project managing the house renovation, studying for an MA and having three young children at the same time!

How did Amy find the transition back to work after a career break?

Amy has always led a busy lifestyle and so the transition did not require a huge readjustment. It was a steep learning curve given the new subject matter, but she had a very supportive team and was able to hit the ground running. She started at HSBC like any other new employee and whilst she did not request a mentor in her early days, she did actively leverage her network and The Return Hub kept in regular contact too. She is also lucky to have joined a very diverse team – with a strong ratio of women holding senior roles and a good cross-cultural mix too.

Amy’s top tips for people on career breaks:
1. Network
Use your network! Talk to people about returning to work, make it known and think about who you know already who could be helpful. Expand your network as much as you can too – you never know where a contact may take you.
2. Think laterally
Amy is still passionate about lateral moves and would encourage returners to broaden their horizons when it comes to potential roles – “Don’t limit yourself,” she says. Consider your soft skills and what you’re interested in and don’t rule out doing something new and different.
3. Sell your skills
Don’t dismiss the skills that you have picked up on your career break as these are transferable and valuable. Think about the life you have led during your career break and what you’ve achieved. It might not seem much to you, but rest assured that there is more to it than you think.

As Featured in and with Thanks to